The HEVC standard implements all of the above ideas that provide the best inter-frame prediction “quality”. This involves the ability to specify the prediction vector with 1/4-pixel accuracy, use one- and bi-directional prediction, vary adaptively the shape and size of the image areas being predicted, create long (up to 15 elements) reference frame lists, and use motion vector prediction algorithms so that only information about the difference vectors (mvd) is added to the encoded stream. How is this all implemented? Let’s find out.

It is clear that to implement inter-prediction, the encoding and decoding systems must have a memory buffer to store the decoded images. This buffer is called a DPB (from Decoded Picture Buffer). Some images in DPB are “waiting” for their turn to be displayed on the screen (in the decoding system), while others stay in the buffer to enable inter-prediction when coding other video frames. The frames that are going to be used for inter-prediction have to be tagged in some way during coding, and the information about these tags must be added to the encoded video stream. There are two types of such tags in HEVC. The first is called short-term reference. It is used to tag those images in the DPB that can be used as inter-prediction reference frames for blocks in the current frame or in the two closest subsequent video frames (in the order of decoding). The second type of tag, called long-term reference, concerns those frames in DPB that can be used to predict image blocks in frames that are more than two frames away from the current one (again, in the order of decoding). All images in the DPB that are not tagged as short-term reference or long-term reference are considered unused for reference and cannot be used at a later time to perform inter-prediction. The information about these tags is added to the header of each frame in the encoded video stream. This information is called the Reference Picture Set (RPS).

Each frame in the encoded video stream has an identifier, or POC (from Picture Order Counter). In the most simplified interpretation, the POC value can be viewed as the ordinal number of the image in the video sequence*. The information from which the POC can be determined is put into the encoded stream for each image by the encoding system. Thus, all decoded images in the DPB have unique POC values. It is these values that are used to tag short-term reference and long-term reference video frames in the DBP.

*Note. In actual fact, each frame’s POC value is not unique in the entire video sequence. Usually, an encoded HEVC stream contains frames that have been coded using intra-frame prediction, or I-frames. Reference images are of course not needed to decode such frames. When all frames that follow such an I-frame in the video sequence are predicted (uni- or bi-directionally) using only those reference frames that are located after the I-frame, the POC value for this I-frame is set to zero. Therefore, the POC values are only unique within a group of video frames related to each other via P- or B-prediction. Note also that when I-frames are being decoded or encoded, all DPB content is tagged as unused for reference—in other words, the Reference Picture Set (RPS) is cleared.

First of all, information about the POC values of those frames that are to be tagged as short-term reference is added to the RPS description in the encoded stream. Since not all reference images that have made it into the RPS are used for predicting the current video frame, each POC value in the RPS description is appended with a flag (a single bit) which, if zero, indicates that this reference image is not used in the prediction of the current frame. Accordingly, if this flag has a value of 1, it indicates that this reference image is used for predicting the current video frame.

The information about the positions of the frames tagged as long-term reference forms a separate list in the RPS. This list contains POC values (the scenarios here can vary, but let us not labor the point), each of which is accompanied by the value of a single-bit flag. This flag serves the same purpose as the one for short-term reference. If it has a value of 1, it indicates that this reference image is used for predicting the current video frame.

The RefPicList0 and RefPicList1 lists thus formed make it possible to use the reference image indexes stored in these lists inside the encoded stream as pointers to a certain frame in the DPB that should be used for predicting the block being coded in the current video frame.

In HEVC, the result of motion vector prediction for each block being encoded or decoded is a list of two motion vectors. For each block of the image being coded, the encoded video stream carries an index valued 0 or 1 that indicates which list element is to be used as the mvp.

The CandA candidate block is selected from two blocks, CandA0 and CandA1, that are located to the left of the current one. As already mentioned, HEVC allows for adaptive division of video image into blocks for coding. As a result, there are many possible configurations of the blocks located to the left of the current block. Figure 1 shows several of these configurations. The choice between the blocks CandA0 and CandA1 is determined by the location of two pixels denoted as PA0 and PA1 in Figure 1. CandA0 is the image block that contains PA0, and CandA1 is the block that contains PA1.

To summarize, the first step of forming the list of two blocks {CandA, CandB} is to select one candidate from the blocks CandA0 and CandA1 and another candidate from the blocks CandB0, CandB1, and CandB2. The selection is performed in the numerical order of the candidate blocks. In other words, when the block CandA is being chosen, CandA0 is checked first, followed by CandA1. The check verifies that the following conditions are satisfied: 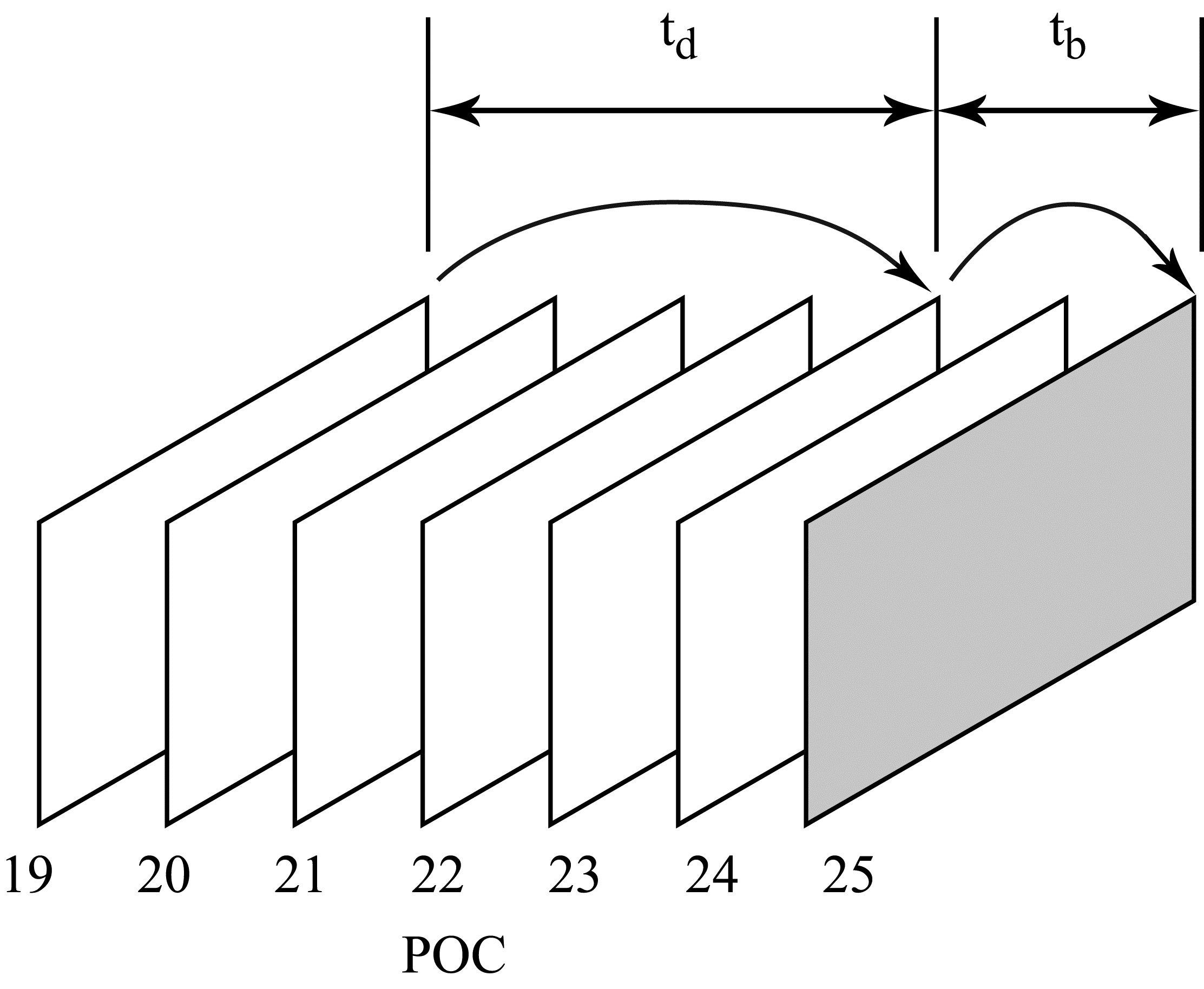 After adding the co-located block to the list {CandA, CandB}, the remaining empty positions in the list are filled with zero motion vectors. 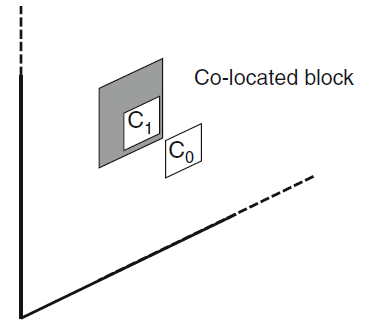 Figure 3. The position of the co-located block